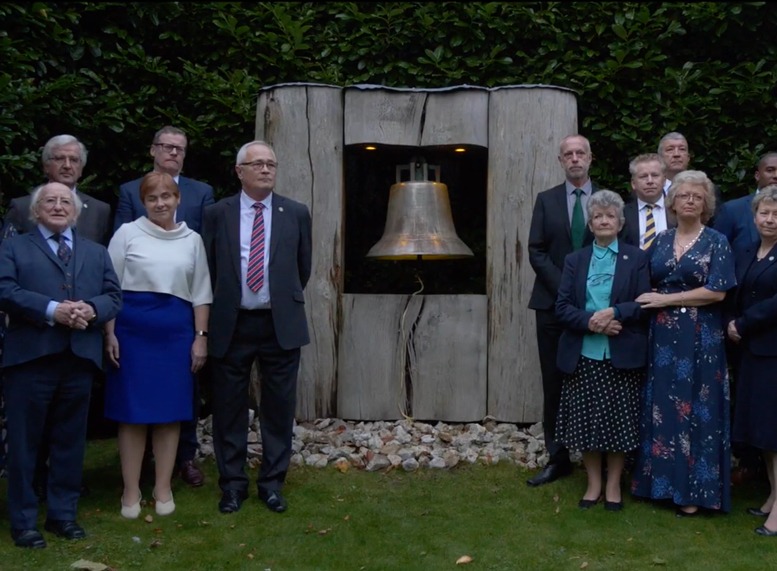 22/11/19: As their journey of reconciliation continues, Glencree recently hosted many of the relatives of those who lost their lives in the Birmingham Pub Bombings in 1974. The Relatives spent three days in private dialogues sessions and facilitated meetings, as well as attending public events. These included a reception dinner hosted by President Michael D Higgins at Aras an Uchtarain where the relatives were invited to ring the Peace Bell. Other meetings included with Tánaiste and Minister for Foreign Affairs Simon Coveney TD; the British Ambassador to Ireland Sir Robin Barnett; the Lord Mayor of Dublin Cllr Paul McAuliffe; and, Former Taoiseach Bertie Ahern. The visiting group also held meetings in Leinster House with members of the Good Friday Implementation Committee. Glencree wishes to thank all those who took part in the events over the three days and in particular to the families who travelled from Birmingham to be with us in the dialogue sessions.

Pictured with President Michael D. Higgins and Barbara Walsh, Chair of Glencree are Relatives of those who lost their lives in the Birmingham Pub Bombings 45 years ago.