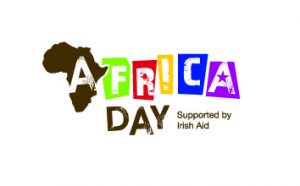 26/5/21: Glencree in association with Dublin City Council hosted a celebration of Africa Day, the annual commemoration of the foundation of the African Union, on Tuesday 25 May. ‘Entanglements – Africa & Dublin City: Voices of African Irish, Mixed Race Irish and African American Irish’ celebrated the relationship between the continent of Africa and the city of Dublin, the historical and current contributions to the city by African Irish communities and people of African descent, and the vibrant cultural heritage of Africa.

Funded by Irish Aid and Tomar Trust, the event was hosted by Cllr Yemi Adenuga, Meath County Counil, with keynote address by Lord Mayor of Dublin, Hazel Chu. It featured live online and recorded contributions from: