It was with a profound sense of shock and sadness that we learned this morning of the passing of Brendan McAllister. Brendan gave many years of his life to peace-making in Northern Ireland and other conflict spots around the world. He was involved in our Glencree activities and was always available for advice and assistance in the background. We send our condolences to his wife Elizabeth, his children and grandchildren.

Brendan grew up in Newry and got his degree in history and politics at Queens University, Belfast. He started his professional career as a Probation Officer including 2 years in Maghaberry Prison. But he always had a deeper understanding of peace and reconciliation as a committed member of the Corrymeela Community for most of his life. He received his early mediation training from Barry Hart and John Paul Lederach, members of the peace Mennonites in North America, each of whom spent time in Belfast to share their skills to strengthen the peace movement.

The big breakthrough for him came in 1992 when he became the first Director of the Mediation Network (later to be known as Mediation Northern Ireland) and for 16 years led that organisation’s contribution to building mediation capacity within the context of the Northern Ireland Troubles. He wanted it to be an indigenous movement at street and community level, particularly across the peace lines, while using culturally sensitive and contextually nuanced mediation models. His great ability to listen and to network within circles of civic leadership meant that he was accepted among political leaders and worked with paramilitaries both inside and outside of the prisons. Together with his mediation colleague, Joe Campbell, they became involved in mediating the Drumcree Parades dispute at local level in 1996-9 but came up against an unwillingness by the two main parties to compromise. This experience led him to be appointed as Mediation Advisor to the Parades Commission in Northern Ireland helping them to design a scheme for the management and resolution of parade disputes including the training of a team of mediators. In 2003, Brendan became a Neighbourhood Renewal Advisor for England, working on racial tension, gang violence and social cohesion.

On the establishment of the PSNI, Brendan was instrumental in supporting police reform and getting culturally sensitive training off the ground for the new community police officers. One of his last projects with MNI was to host the European Conflict Prevention Conference in Belfast on the 10th anniversary of the Belfast Good Friday Agreement in 2008.

Between 2008 and 2012, Brendan was appointed a Victims Commissioner, working with families and groups representing those with enduring trauma and distress. During his term of office, he was a principal advisor to the Government concerning the needs of victims and survivors of the Northern Ireland conflict. He then moved to the international peace mediation field, first with the EU and ultimately as a member of the United Nations Standby Team of Senior Mediation Advisors. His last job until retirement in 2020 was as the Government appointed Advocate for Victims of Historical Institutional Abuse.

Sunday 30th January 2022 started a new chapter in his life – on his retirement. After four years of formation, Rev Brendan McAllister was ordained in Armagh Cathedral as a deacon for the Diocese of Dromore.

All of these titles and achievements he carried lightly; he was the quintessential good citizen that every society wished they could have. Brendan said to Geoffrey and I one time over dinner, how fortunate Northern Ireland was, as a small place, that it could produce leaders like Hume, Mallon, Trimble, and all the other figures who filled the pantheon of modern political history and peace-making. Brendan would never consider himself among these names, but those of us who knew him, and the work he did throughout his all to short life, do. Perhaps the most notable aspect of his character was his innate goodness and positivity for every person he met. We give thanks for the life and contribution of Brendan, may he rest in peace. 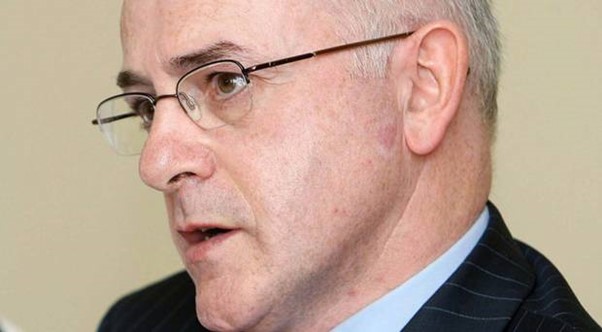 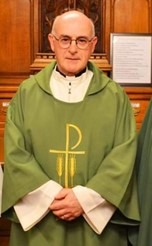