Though I have been out of Ireland for a long time, I’m not new to Glencree or its peacebuilding mandate. In Muscat, for the best part of a decade I have run the last surviving multilateral institution and negotiation process of the Middle East Peace Process. For a decade before that, I worked at three Irish government ministries on our own Peace Process.

My connection to Glencree is more emotional than professional though. In the 1940’s my grandmother worked with the Red Cross in Glencree, caring for German children. She met my grandfather there and they raised their children on the family farm, only a stone’s throw away, down the valley. The little graveyard next to the Church is full of Quinns, a sobering momento mori every time I pass. As a small child, from grey ‘80s Bray, I remember the Centre as a magical, ramshackle place, full of colourful continental volunteers, strong Ulster accents and the wonderful audacity and naivety of peacebuilders everywhere.

For me, the Centre occupies the most poignant site in Ireland. Bleak and beautiful all at once, a British Barracks built to suppress rebellion and abandoned once the threat abated. A Victorian, Edwardian and Free State children’s reformatory. A Red Cross Reception Centre for recuperating German children after World War II, and a Peace Centre established after the outbreak of sectarian conflict in the North.

It is a place apart from the heroic neat histories of our vying nationalisms. It is the reformatory boys and Oblates in the graveyard, the little crosses that pock the Great Military Road across the Featherbeds and the inmate numbers carved by boys into the stone walls of the reclaimed fields around Old Boley’s and Aurora. It is the German children who, as my grandmother told me, arrived with bloated bellies from awful protein deficiency. It is the great women and men who, in the aftermath of Bloody Friday and the descent into sectarian hate, chose peace and established Glencree as a Centre of Peace and Reconciliation.

With this complex legacy, the constant roar of the Glencree River and the broad barrack walls, it is a place that earths you. It dissolves flighty historical consciousness, that peculiarly Irish gift and malady. You cannot know Glencree and hold to a simple tribal history. It’s a place that makes us look forward not back, to place the human above the tribe.

That simple concept is the foundation of all successful peace processes. In Oman, it is in the traditions of shura (consultation), ‘iijmae (consensus) and the sablah (council). In Ireland it is our parity of esteem. In German, “die Würde des Menschen ist unantastbar” - human dignity is inviolable. These all mean the same simple thing: human first, tribe second. 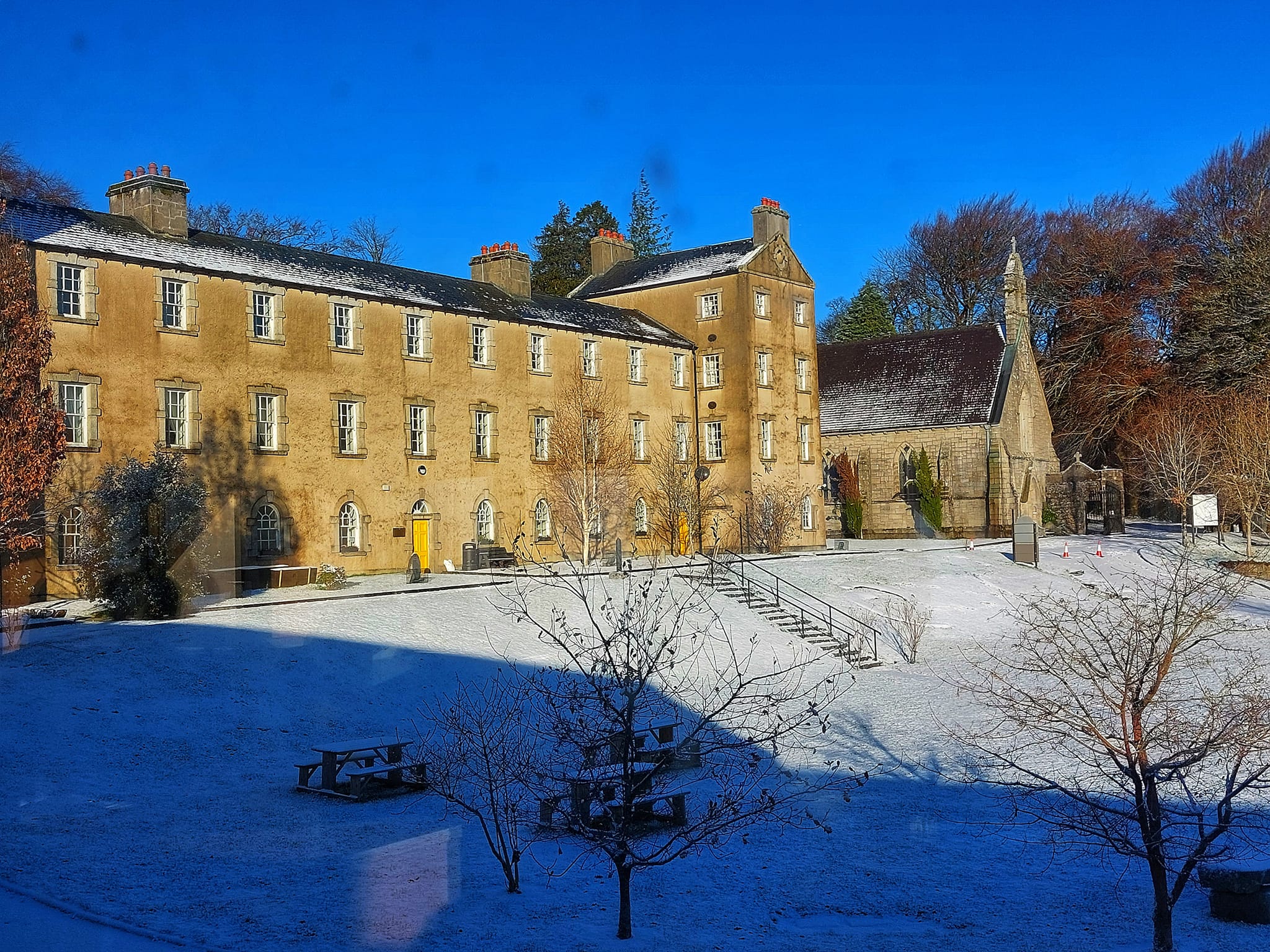 Across this island and continent, into our uncertain future, we need to operationalise this simple concept urgently. When I worked on our own Peace Process with the Irish Government fifteen years ago, the constitutional issues were parked, north-south links bloomed and our focus was more and more to mediate the fringes. It is clear that today, we need broader societal reconciliation that, more than ever, includes the Glencree Centre. So much has changed and that change will continue. That should not surprise us, but it will.

Who among us foresaw Russia’s unjust invasion and annexation, and the resultant suffering of our brothers and sisters in Ukraine? Certainly not me.

Equally, in March 1988, in secondary school, I remember the death spiral of the Gibraltar, Milltown Cemetery and Corporals’ killings. It was not in my universe then, that a decade later, in April 1998 the Good Friday Agreement would be signed.

Nor was it in my universe that, less than ten years later again, in February 2007, I would look out towards Newry and Forkhill and Crossmaglen and Camlough from beautiful Slieve Gullion only days after the last of the British Army watchtowers came down.

Equally though, when I voted for the Good Friday Agreement, I happily surrendered Articles 2 & 3 of the Constitution and accepted much diminished North/South arrangements in return for the practical dissolution of the border across our Island, within the EU. It was out of my universe then that, twenty years later, Brexit would threaten to rebuild it.

Our uncertain future will bring further protocols, polls and paramilitary threats. It will bring opportunists who reach for the tribal binary that feeds off alienation, hate and inequality.

If we are strangers they may win. If we are neighbours, friends and partners they never can.

Humanising contact is the simple foundation of all peace-building. It builds a place where our fights and disagreements are kept ‘between the ditches’ of non-violence and democracy.

How do we do this? We foster contact, contact and more contact. Structured and normalised, between our old and emerging tribes and those previously excluded. Catholic, Protestants, our precious New Irish, all those who had to keep their heads down in the old Ireland and the women of Ireland whose wisdom was kept at the margins.

In my work in Palestine and Israel, I have seen at first hand the rapid deterioration of ordinary contact this past decade. It has fostered grotesque dehumanisation and tolerance of violence. That cannot be allowed happen here.

Glencree’s mission is to prevent and transform violent conflict. This means building contact, dialogue, and relationships. This is a mission where Glencree excels today and will excel further from the solid foundations, laid by my predecessor Barbara Walshe, our CEO Naoimh McNamee, all the staff, the Board, volunteers and community. In the years ahead we must harness the broad symphony of talents that make up the Glencree community and our allies at home and abroad to put common humanity above the tribe across this wonderful Island.

Let us all join together to continue this work, with all the wonderful audacity and naivety in the world!

Have a peaceful, restful Christmas.