26/11/2020: ‘Women Stepping Into Leadership’ was the focus a Glencree All Island Women’s Peacebuilding Network dialogue event today with women from ethnic minority, migrant & refugee backgrounds who have made the island of Ireland their home. The dialogue focused on the challenges and experiences of women taking up leadership positions in local organisations in their communities. 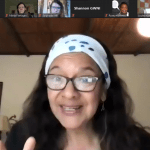 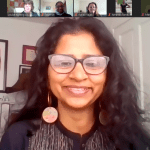 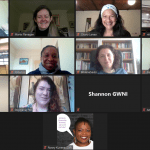 Hosted over Zoom by Glencree’s Louise Keating and attended by women from across the island of Ireland, the event was facilitated by Charo Lanao international trainer, coach & change agent based in rural Co. Derry. Charo was joined by guest speaker, activist, researcher and poet Nita Mishra who spoke about her journey from involvement in the parents’ association of her children’s school, to being on the board of the National Parents’ Council (Post Primary), Compass (Cooperation of Minority religion Parent’s Association)  and The Children’s Rights Alliance. 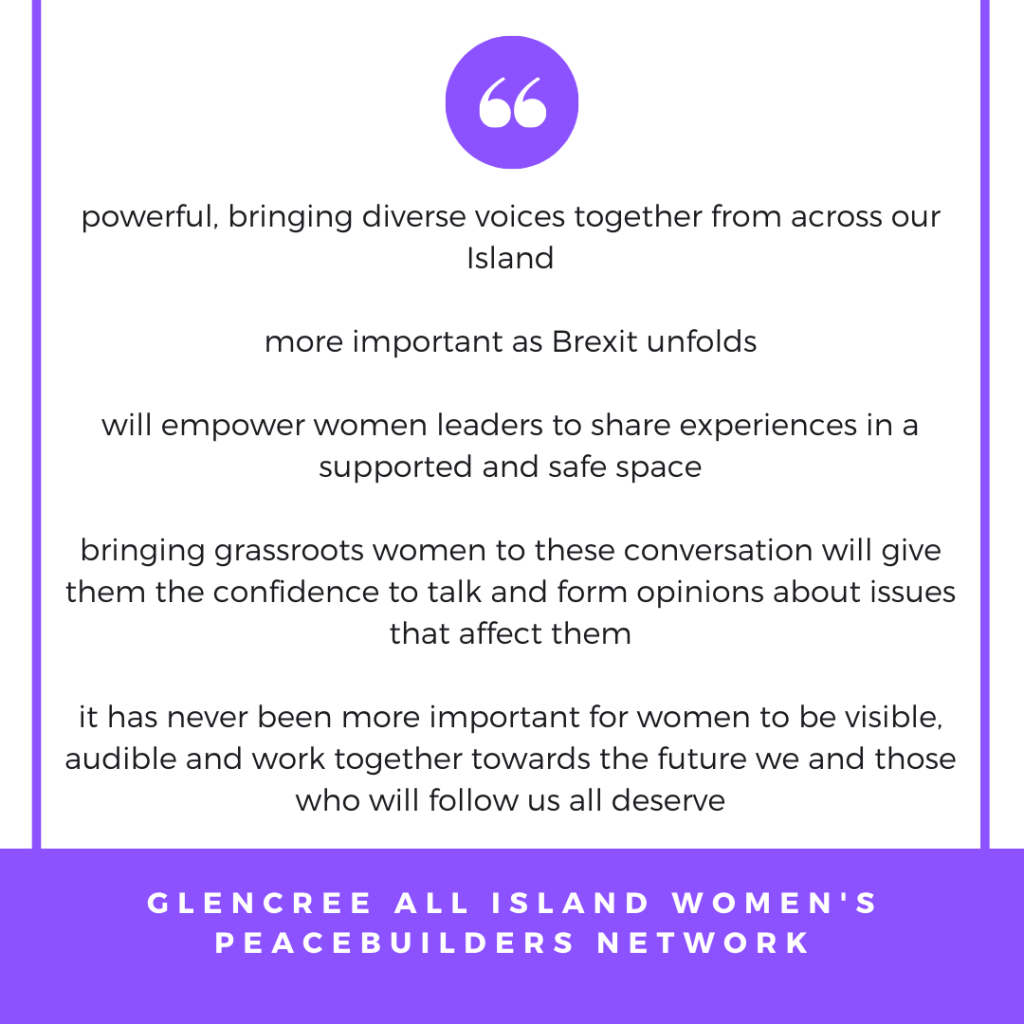 Launched in September 2020, the Glencree All Island Women’s Peacebuilding Network aims to support women impacted by political conflict to become actors in post-conflict peacebuilding and transformation on the island of Ireland or in their conflict affected countries of origin. The Network engages women leaders, across the generations, from cross-community backgrounds in Northern Ireland, cross-border rural regions and women with experience of political conflict/violence in their country of origin who are now living on the island of Ireland. It encourages these women to build reciprocal relationships around common concerns, interests and experiences; become actors in peacebuilding processes and negotiations; engage in policy conversations related to women’s needs and rights in the context of peacebuilding and post conflict transformation; and, facilitate greater collaboration and sharing of learning.