The Glencree Centre for Peace and Reconciliation (Glencree) hosted Professor Monica McWilliams In Conversation with RTE's Áine Lawlor at an event in Iveagh House on the 14th July 2022. A signatory of the Belfast / Good Friday Agreement, during the event Prof McWilliams shared her experiences growing up in Northern Ireland and her early days in the civil rights protests of the 1960’s. She recounted her work with cross-community groups and the women’s movement which led to the founding of the Northern Ireland Women's Coalition and her involvement in the peace talks that resulted in the signing of the Agreement. Professor McWilliams went on to speak of the challenges that followed during the implementation of the peace agreement, the legacy of violence, and the continued barriers yet essential need to ensure greater women's participation in peacebuilding processes into the future. 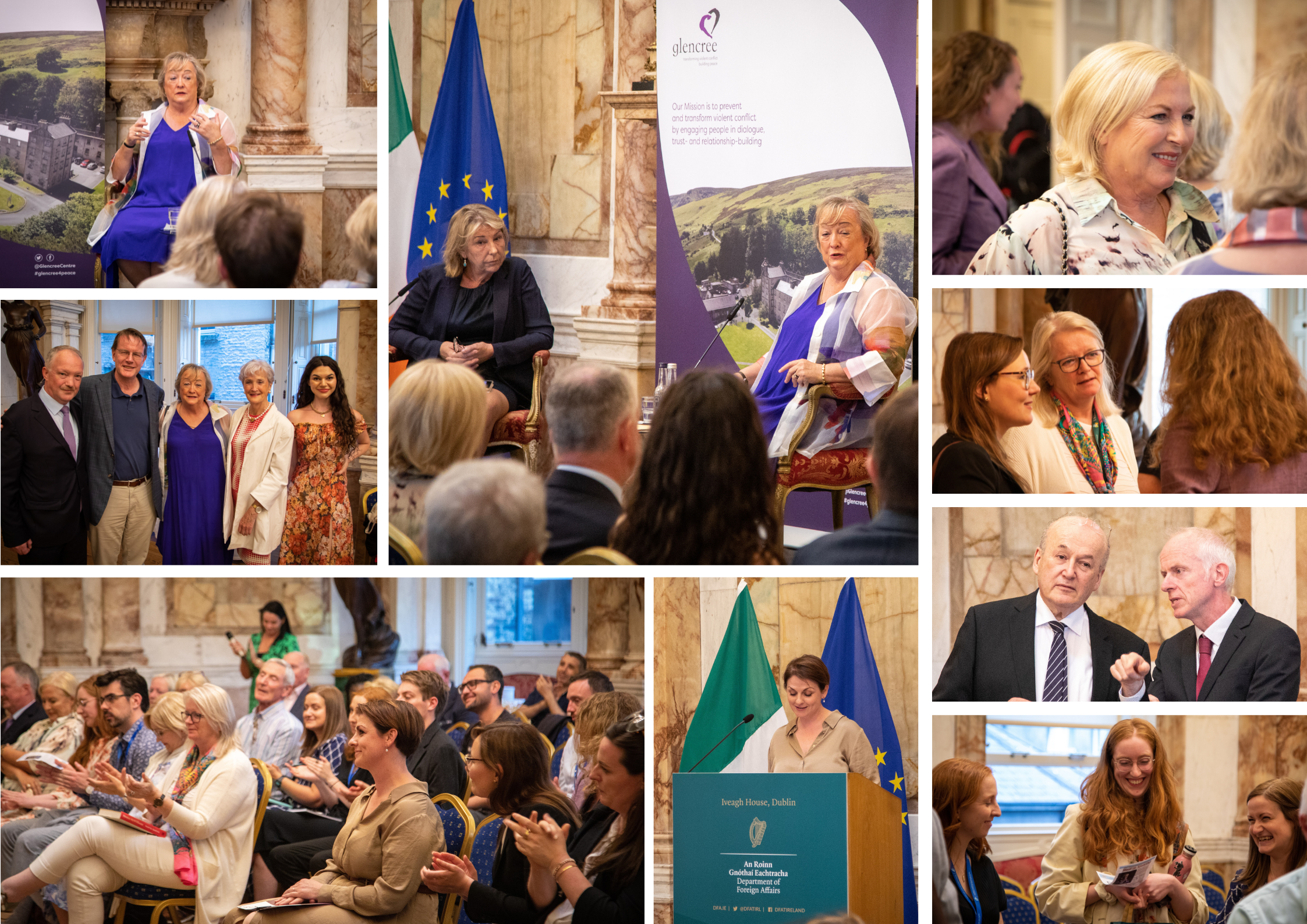 A peace activist since the early days of the 'Troubles' in Northern Ireland, Prof McWilliams was involved in assisting communities and individuals, particularly women who suffered domestic violence. She campaigned for better housing and access to services for people unable to find a voice. As an academic, she sought ways to encourage younger people to pursue educational opportunities that would provide the keys to their future out of the poverty and disadvantage that the violence was compounding across many areas in Northern Ireland.

In the 1990s, she co-founded the Northern Ireland Women’s Coalition and was elected as a delegate at the Multi-Party Peace Negotiations which led to the Good Friday Peace Agreement. She subsequently served in the Northern Ireland Assembly and as Human Rights Commissioner. She currently sits on the Independent Reporting Commission on ending Paramilitarism in Northern Ireland and is Emeritus Professor in the Transitional Justice Institute at Ulster University.

In 2021, Professor Mc Williams' book, 'Stand Up, Speak Out' was published by Blackstaff Press. 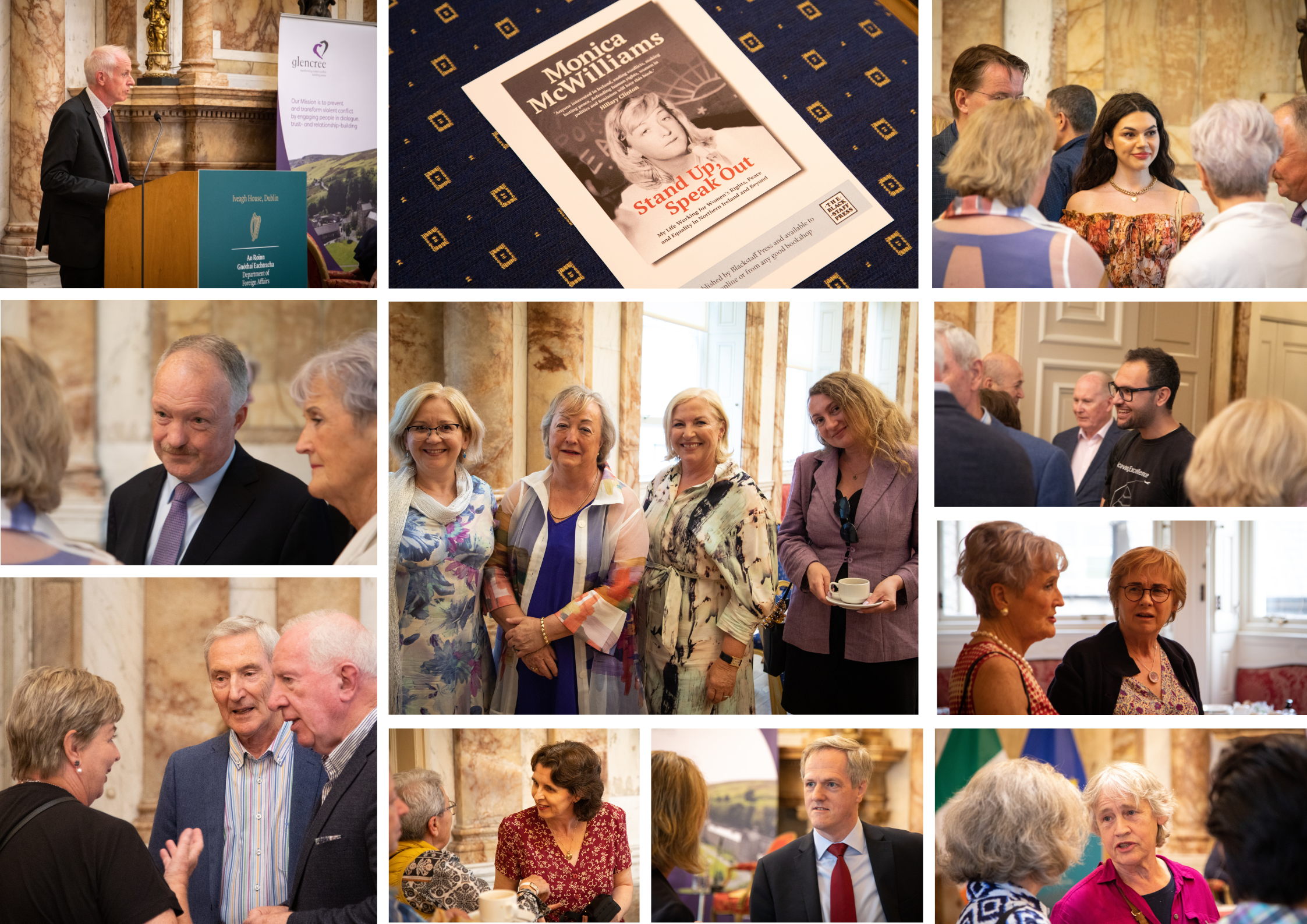 Professor Monica McWilliams In Conversation with Áine Lawlor was hosted by Glencree with the support of the Department of Foreign Affairs in Dublin.