13/4/2021: A former Chairman of the Glencree Council (1979-81), Rev Alan Martin died on 14th March 2021 aged 88. He was a Presbyterian minister at Abbey (Findlater’s) Church on the corner of Dublin’s Parnell Square for over 24 years and served both as Moderator and Clerk of the Dublin and Munster Presbytery. He was committed to reconciliation in a number of ways.

First, he was an ecumenist committed to the unity of the Churches. This was based upon his early formative years of ministry in the 60’s in Gujarat in the united Church of North India where all the Protestant churches had recently come together in one institution. Inspiration also came from being a member of the Student Christian Movement at Queen’s University in Belfast.

Secondly, he was committed to inter-community reconciliation in Ireland arising from the fact he had lived in both parts and as a young lad was evacuated from the Belfast ‘blitz’ in 1941. He thought deeply about the theological issues underpinning the Irish conflict which found expression in a remarkable study pamphlet published by the Faith and Politics Group, of which he was a member, with the amazing title ‘Collective Superiority as a Cause of Conflict: Boasting and Moral Self Righteousness’ (1999). This booklet has stood the test of time and is still well worth reading. It argued that the sense of superiority, both personal and collective, was linked to religious superiority and:

“is a major hindrance to reconciliation and the solving of problems in relating one community to another. When a community convinced of their superiority demonises another community, it feels that the other should eventually give way to what is inherently superior. There is therefore no urgency to understand the other side, seek a solution, or search for compromise.” 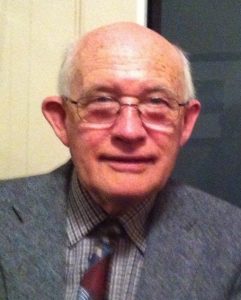 Alan was involved in the early years of Glencree when it was led by a multi-denominational Council. While it was not a church-affiliated community, it was modelled on the Corrymeela Community in Belfast and Ballycastle which was led by fellow Presbyterian clergy like the reverends Ray Davey and John Morrow. [John was a Glencree Council member for several years]. Alan’s hope was that the Christian motivation would be at the heart of the Glencree identity but many of the younger members at the time resisted this direction. When the Centre reopened in 1994, it became a secular conflict resolution centre. His contrary vision was one where God “refused to identify with any of the religious or political groups of the day”. He saw the Northern Ireland conflict “as a judgement we have brought on ourselves by worshipping the false god of sectarian interests and the Catholic/Protestant divide is used by some to underpin and justify these interests” (Glencree first ten years 1984:8).

The third area of Alan’s involvement was the Israeli/Palestinian situation. It came in his years of retirement when he was Chairman of Sabeel Ireland following the Palestinian liberation theology of Rev Naim Ateek. He became fascinated by the fact that Jesus was a Jew who withstood the imperial power of Rome. I had the privilege of escorting him to several biblical sites in Galilee and Hebron in 2015 prior to the Sabeel conference in Jerusalem. It had huge meaning for him to visit the fishing village of Bethsaida, now an archaeological site, to see for himself the place where Jesus formed his team of disciples.

Alan will be remembered by the warm humble friendships he made with everyone and his willingness to explore and dialogue with different points of view. His mind never stopped going to the root of things and finding practical solutions.