Screening and Director Q&A: ‘Daughters of the Troubles: Belfast Stories’ 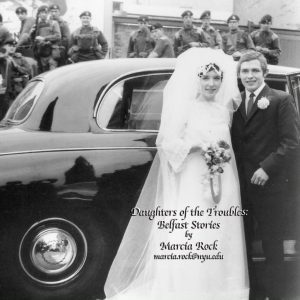 2/11/21: Glencree’s Women’s Leadership Programme hosted an online screening of ‘Daughters of the Troubles: Belfast Stories’, the award-winning film about women’s empowerment, leadership and resilience set against the backdrop of the violent conflict in Northern Ireland.

The screening, followed by a Q&A with filmmaker Maria Rock and Baroness May Blood, was attended by members of the Glencree All-Island Women’s Peacebuilding Network who described the event as “empowering, inspiring & uplifting”.

The one-hour documentary film explores how the women of Belfast kept their families and communities together during the ‘Troubles’. Told through the personal narrative and lived experience of two working-class Belfast women – one Protestant, one Catholic – we learn how these women found their voice and brought their experience of grassroots issues onto the political agenda. This was at a time when women’s contribution to social and political life in Northern Ireland was just beginning to be recognised. First aired in 1997, the film gives an insight into the changing role of women in Northern Ireland and the vital role they played as peacebuilders.

Following the screening, film co-writer, director and producer Marcia Rock and Baroness May Blood, who featured in the film, took part in a discussion about their experiences and responded to questions about the film, the role of creative arts and storytelling in bringing the experiences of women impacted by conflict to the fore, and the contribution to women to peacebuilding processes. #WomensVoices

The screening and Q&A of ‘Daughters of the Troubles: Belfast Stories’ is an initiative of the Glencree Women’s Leadership Programme. This programme aims to support and empower women on the island of Ireland who have experience of political conflict/violence to become active leaders in the political processes that promote peacebuilding.

Central to our work in this area is the Glencree All-Island Women’s Peacebuilding Network for women who have been impacted by political conflict or violence to connect in a safe-space. Our network is open to women across generations, communities, cultures and ethnicities who would like to build relationships and share their experiences in peacebuilding and conflict transformation with other women in this space. Network members can also take part in our events and activities designed to support women in having their voices heard in policy conversations and peacebuilding processes relevant to women. 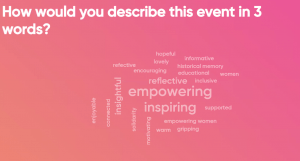 ‘Daughters of the Troubles’ is the first in a ‘Storytelling Series’ to be hosted by Glencree Women’s Programme for members of our All-Island Women’s Peacebuilding Network. Full details of the next event to be hosted with the The Playhouse Theatre will be announced shortly.

If you would like information on this next event & to join the Glencree All-Island Women’s Peacebuilding Network, please email Holly on: holly.taylor@glencree.ie or click on this link for more information.