Glencree Centre for Peace and Reconciliation

20/10/22:The Glencree Centre for Peace and Reconciliation has been announced today as the winner of the prestigious Polish Prize of Sérgio Vieira de Mello by the Villa Decius Association in Kraków, Poland for their activities for the peaceful coexistence and cooperation of societies, religions, and cultures in the non-governmental organisation category. The Polish Prize of Sérgio Vieira de Mello, UN High Commissioner for Human Rights (2002–03) is the initiative of the Villa Decius Association and was established in 2003 to promote human rights, democracy, and tolerance. Barbara Walshe, the former Glencree Chair was awarded the Prize by H.E. Ambassador of Poland to Ireland Anna Sochańska. The newly arrived Ireland Ambassador to Poland Patrick Haughey also attended.

Glencree Centre for Peace and Reconciliation is an independent non-governmental organisation founded in 1974 in response to the Northern Ireland conflict. It played an important role in the peace process at that time, mainly by enabling both sides of the bloody conflict to engage in constructive dialogue and to establish a relationship of trust across political and religious divides as well as against mutual prejudices. The Centre's mission and the main objective of its activities is "Peace for All". The organisation specialises in conflict resolution, extensive inclusive dialogue, mediation, negotiation and peace education. For almost 50 years, The Glencree Centre has carried out its conciliation programmes on 4 continents, including Israel and Palestine, Turkey, Haiti and Thailand, working with both individuals and entire community groups.

Participating in the work of the Villa Decius Association Award Committee were representatives of the President of the Republic of Poland, the Ambassador of the Federative Republic of Brazil, the Ambassador of the Kingdom of Sweden in Poland, the UN High Commissioner for Refugees, the Ministry of Foreign Affairs, the Ombudsman for Civil Rights Protection, the Mayor of the City of Krakow, the Consul General of the United States in Krakow, the ZNAK Publishing House, the Founders and Initiators of the Prize, as well as President of the Board and the Director of the Villa Decius Association. The honorary patrons of the Polish Prize of Sérgio Vieira de Mello, the UN High Commissioner for Human Rights are the Ambassador of The Kingdom of Sweden to Poland and the United Nations High Commissioner for Refugees.

Among the nominees were individuals and organisations from different parts of the world promoting human rights and the dialogue between religions and cultures.

By the decision of the Award Committee, the 2022 Polish Sérgio Vieira de Mello Prize is awarded to:

The recipients were presented with a statuette by Andrzej Renes, commemorative diplomas, and a monetary prize founded by the Sponsor – ZUE SA Group. The Gala was followed by a panel discussion with the Award winners, moderated by journalist Magdalena Rigamonti.

The Ambassador of Poland to Ireland H.E. Ms. Anna Sochańska presented the award to Glencree’s Barbara Walshe Chair and said: “I express great appreciation for Glencree’s achievements and its role in reconciliation through dialogue and getting to know each other better, which increases mutual understanding. I am delighted that the award on behalf of The Glencree Centre for Peace and Reconciliation is being received today by Barbara Walshe, a long-time Chair of the Board and I would like to express my appreciation and congratulations to the hard and fruitful work of all employees of the centre, headed by CEO Naoimh McNamee.”

Accepting the award, Barbara Walshe, the former Glencree Chair said: “Like Sérgio, at Glencree experience has taught us the importance and transformative impact of building relationships and facilitating dialogue between people of often opposing views. Glencree provides a safe space for people to come together to talk, to listen and to grow in understanding of each other, while respecting other’s needs, concerns and difference and looking for the common ground… whatever it takes to keep the lines of communication open and bring people in from the margins.”

Glencree Chair, Ciarán Ó Cuinn said: “This award for us is about the future. Glencree will strive each day to remain deserving of this great honour. As we work to build and deepen reconciliation, Glencree will endeavour be a living commemoration of the life of Sérgio Vieira do Mello. Our warm thanks to the Ambassador of Poland to Ireland H.E. Ms. Anna Sochańska for her ongoing partnership and guidance. In recognition of her amazing dedication, the Board and staff of Glencree were proud to nominate our colleague Barbara Walsh to accept the award on our behalf.”

Glencree CEO, Naoimh McNamee said: "We are deeply honoured to receive the Polish Prize of Sérgio Vieira de Mello and would like to wholeheartedly thank the Villa Decius Association and our dear friend H.E. Anna Sochańska and her team in Dublin for their steadfast support. So much of our work over the years at Glencree has been conducted privately and out of the public eye, due to the need to hold a safe and protected space where difficult conversations can take place and where those in conflict can come together to build constructive relationships and find solutions together. As an organisation that must work quietly at times, it is wonderful and even more meaningful to receive this prestigious endorsement of our work. The Polish Prize of Sérgio Vieira de Mello recognising Glencree’s five decades of peacebuilding work will serve to inspire so many and strengthen our organisation as we continue our peacebuilding journey and strive to equip and support the next generation of peacebuilders, who will carry on this important work in the hope of forging more peaceful futures for us all". 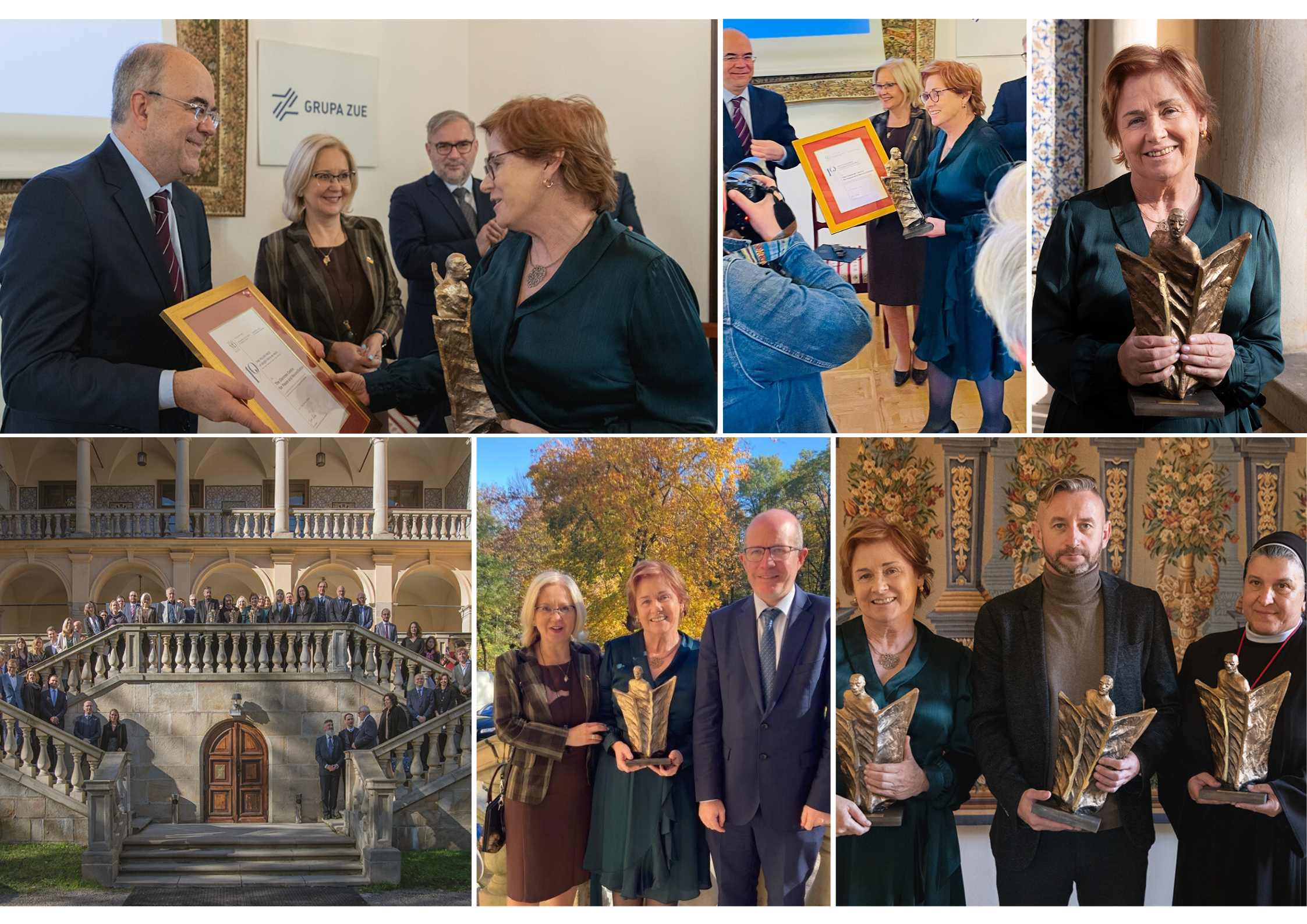 The Sergio Vieira de Mello statuette depicts a symbolic figure which, according to the artist, "breaks walls between different nations and overcomes the problems of conflicted communities". 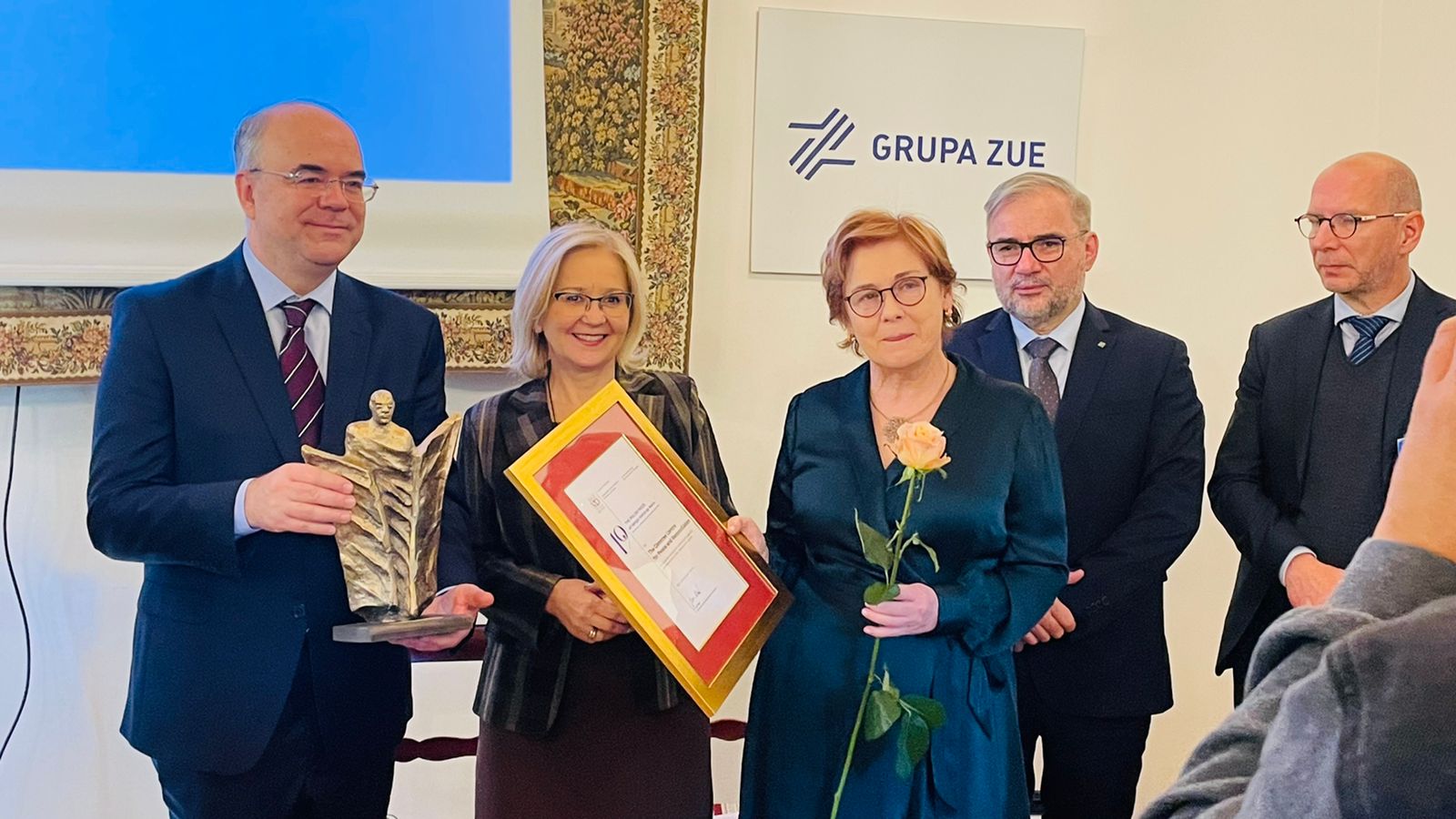 Ambassador of Poland to Ireland H.E. Ms. Anna Sochańska presents the Sérgio Vieira de Mello Award to former Glencree Chair Barbara Walshe on behalf of Glencree at a ceremony in Krawkow today in the presence of new Irish Ambassador to Poland HE Patrick Haughey

Sérgio Vieira de Mello (1948–2003) was a Brazilian diplomat fluent in six languages, who defended two doctorates in humanities at Sorbonne. In several decades of work for the UN, he served at various posts, including those of UN Secretary General’s Special Envoy in Kosovo, East Timor UN Transitional Administrator, 3rd UN High Commissioner for Human Rights (2002–03), and the EU Secretary General Special Envoy for Iraq. While holding that function, he was killed in a bomb raid on the UN headquarters in Baghdad on 19 August 2003. Throughout his life, Sérgio Vieira do Mello actively supported protection of freedom and human rights, intercultural dialogue, fight on terrorism and refugee crisis, and supported compliance to international law. With his tireless work on the ground, Sérgio once stated that ‘universal and abstract concepts are only valuable if one can translate them to a practical application.’ The values that informed his work also inform Glencree’s.

The Polish Prize of Sérgio Vieira de Mello recognising Glencree’s five decades of peacebuilding work will serve to inspire so many and strengthen our organisation as we continue our peacebuilding journey and strive to equip and support the next generation of peacebuilders, who will carry on this important work in the hope of forging more peaceful futures for us all. 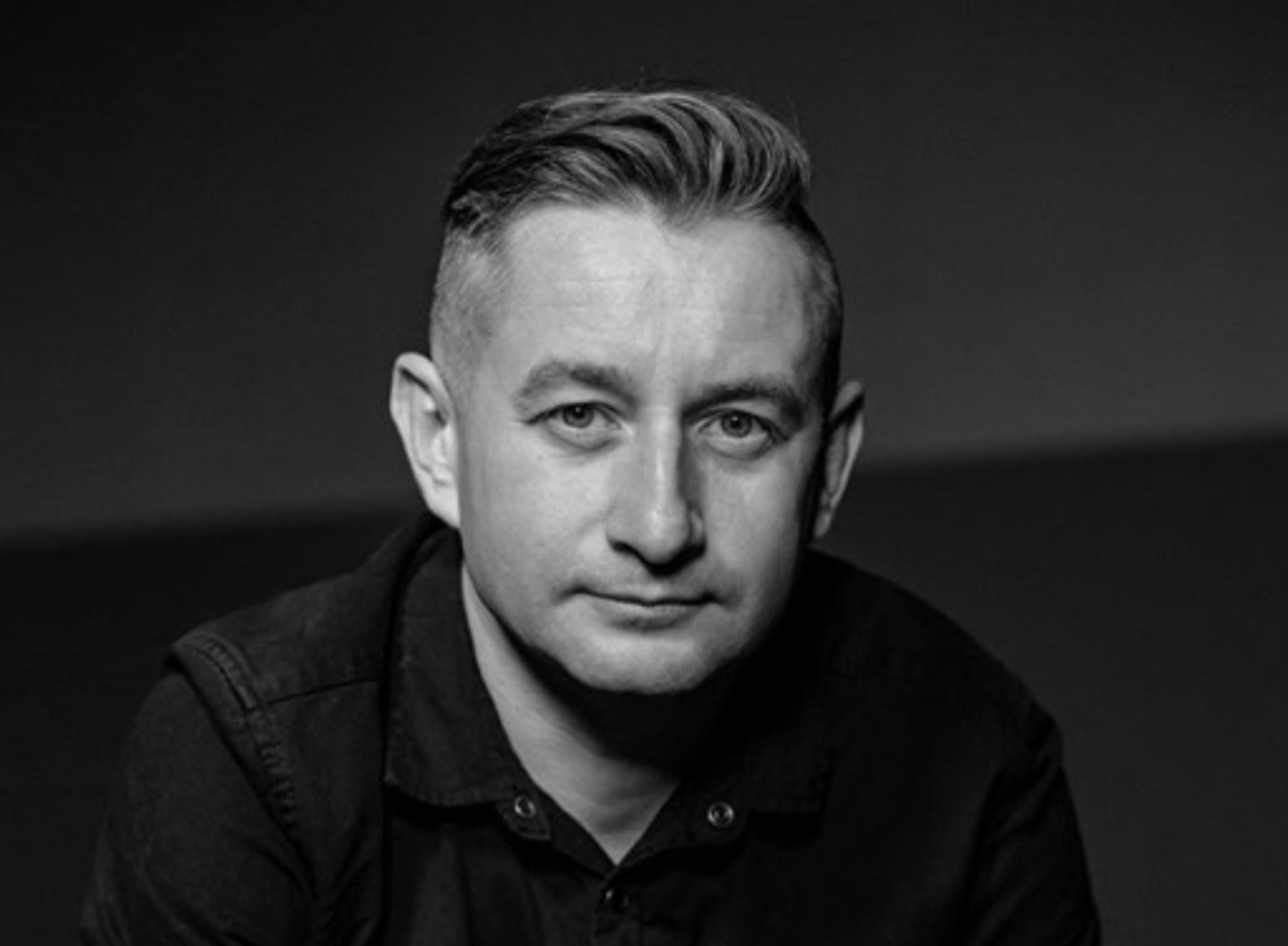 Poet, writer, activist, translator from German, member of the punk band Zhadan and the Dogs. Graduate and lecturer in Ukrainian studies and German studies at the Pedagogical Institute in Kharkov. Member of the 'Red Fira' group, former President of the Union of Ukrainian Writers (2000-2004). He is the recipient of many awards, including the Bu-Ba-Bu for the best poem of 1998, as well as the Berlin Bridges Prize, the Joseph Conrad Prize, the Hannah Arendt Prize. In October 2015, he was awarded the Angelus Central European Literature Prize for his novel Mesopotamia. He was nominated for the International Literary Award of the City of Gdansk European Poet of Freedom in the second edition (2010-2012). This year he was awarded the title "Man of the Year" by "Gazeta Wyborcza" and was the winner of the Peace Prize of the German Booksellers. His books have been translated into many languages. Volumes of his poems "Cultural History of the Beginning of the Century and Other Poems", "Drohobycz", "Ethiopia" and "Antenna", as well as seven novels have been published in Polish translations: "Big Mac", "Depeche Mode", "Anarchy in the UKR", "Anthem of Democratic Youth", "Voroshilovgrad", "Mesopotamia" and "Internat". He lives in Kharkiv, where, since the beginning of the Russian-Ukrainian war, he has been actively involved in defending the city and helping its inhabitants: among other things, by organising and supporting deliveries of medicines, food, hygiene products for the civilian population as well as vehicles for the hospitals of the fighting Kharkiv. 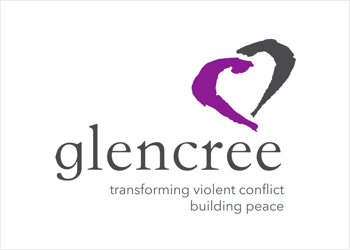 GLENCREE CENTRE FOR PEACE AND RECONCILIATION

"Our vision is for everyone to live in peace. We believe in a world where human rights are protected, where diversity is a cherished value, where every person can live in dignity, in a society based on respect and equality, free of violence and exclusion, where conflicts are resolved peacefully."

To receive the award on behalf of the Centre was Barbara Walshe, Glencree’s Chair from 2014- 2022. 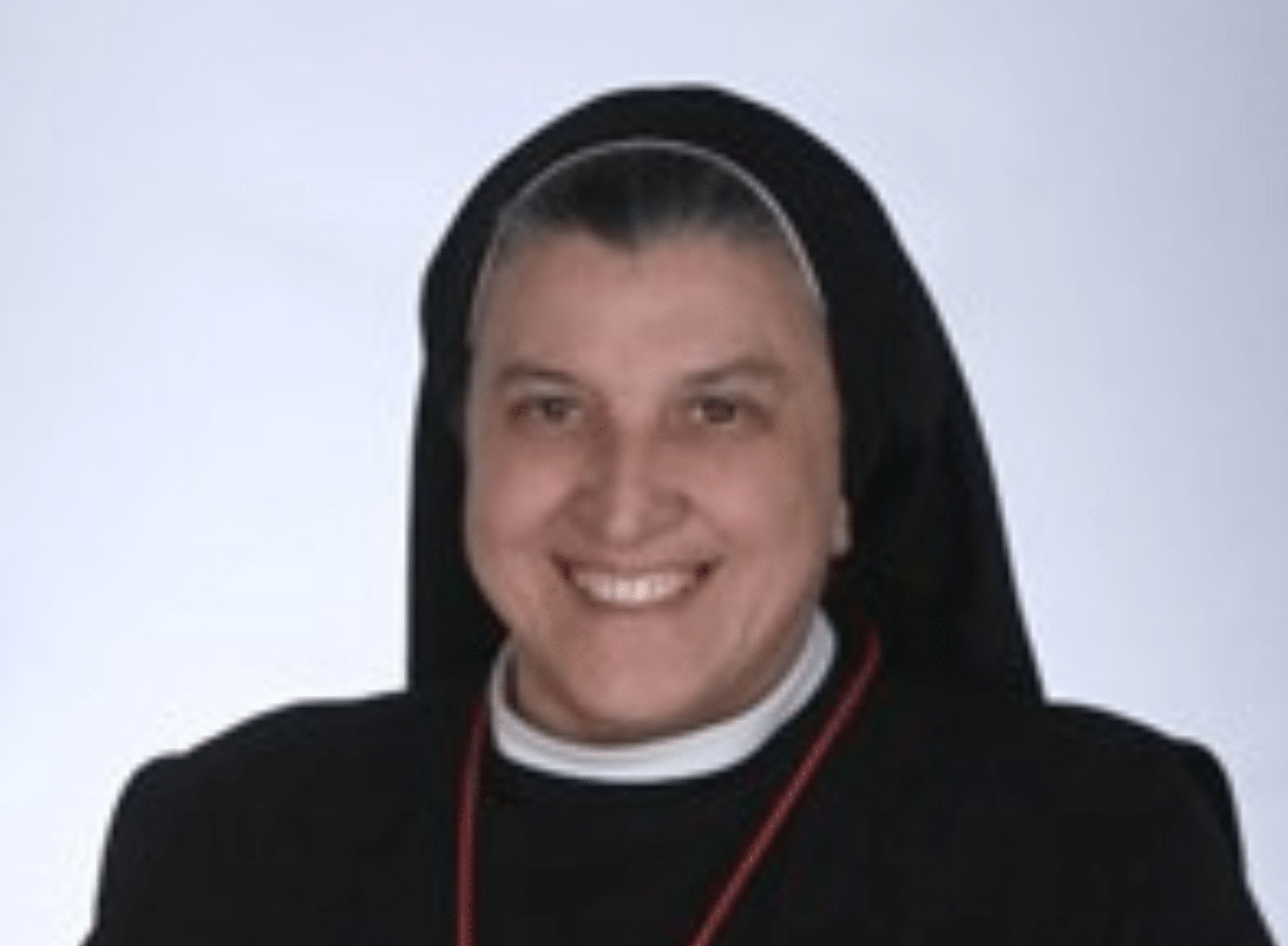 Polish nun, founder and director of the Blessed Michael Sopoćko Hospice in Vilnius. Sister Michaela is responsible for developing hospice care for the multicultural Vilnius region. It is the first and only centre of this kind in Lithuania. On the initiative of Sister Michaela Rak, the first children's hospice in the Baltic States was opened in Vilnius in early 2020. She graduated from the Academy of Catholic Theology in Warsaw and completed her studies in law at Cardinal Stefan Wyszyński University in Warsaw. Since 1984, she has belonged to the Congregation of the Sisters of the Merciful Jesus. From 1996 to 2008, she lived in Gorzów Wielkopolski, where she was one of the founders and later managed the Saint Camillus Hospice. She raised funds for the institution through street collections, charity concerts and the Fields of Hope campaign. She helped set up hospices in Minsk, Kaliningrad and a home hospice near Berlin. For her charitable work she has received a number of distinctions, such as the St Christopher statuette in the category of "Angel of Mercy over Vilnius", the title of Merciful Samaritan, the "Pride of Lithuania" award on the occasion of the Lithuanian Independence Day, the Officer's Cross of the Order of Rebirth of Poland, the Medal of the Centenary of Regained Independence.

Further information about todays awards ceremony of the Polish Prize of Sérgio Vieira de Mello as it happens, is available on VILLA DECIUS ASSOCIATION Website and Facebook channel.