The Glencree Women’s Programme has operated since 2004 with funding from the Reconciliation Fund of the Department of Foreign Affairs. Redeveloped in 2018 under the banner of ‘Women’s Leadership’ with a fresh, more diverse, all-island vision, this programme promotes reconciliation through dialogue, education and actively addressing legacies of conflict. This programme is specifically focused on UN Resolution 1325 - Women, Peace and Security.

Through Glencree’s experiences in conflict and post conflict societies, we have come to learn that women in these typically patriarchal and militaristic societies often see themselves as responsible for their families' welfare and safety. In the Northern Ireland context, low levels of education and opportunity, the threat of violence, issues of mental health, stress and suicide, can leave women in marginalised communities with little chance to improve the quality of their lives and the lives of those around them. The political impasse of recent years coupled with Brexit uncertainties have hampered socio-economic development, and put pressure and tension on intra and inter community relationships. In this environment, many women are yet again left without a voice.

As a firm advocate of UN Resolution 1325, which recognises the value and importance of the role of women in peace-making, and as a member of the National Women's Council of Ireland, Glencree supports the Third National Action Plan on Women, Peace and Security. This plan emphasises the need to fully recognise the contribution that women can and do make to bringing sustained peace in marginalised communities. 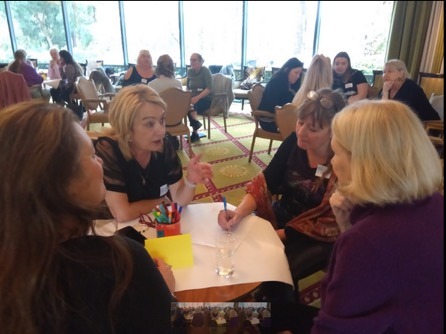 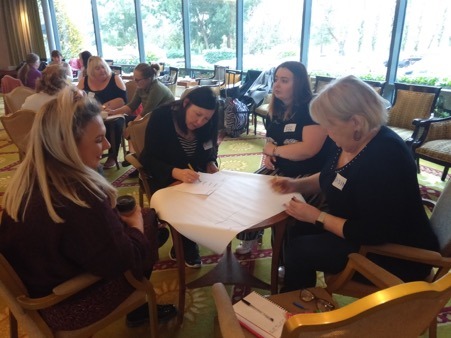 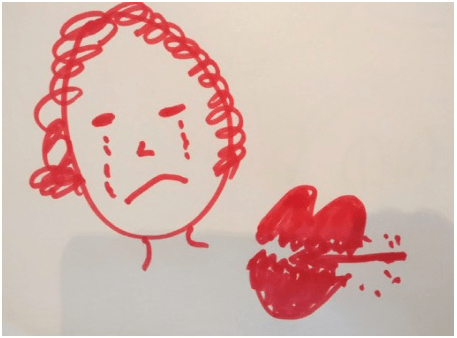 This Courageous Women podcast, undertaken on behalf of Glencree by Dr. Shirley Graham, features interviews with community leaders in Northern Ireland who have found mutual respect through deep dialogue and critical thinking at Glencree. Participants discuss the issues stemming from the legacy of the conflict and what needs to change to create a more peaceful society.

The Glencree Women’s Leadership Programme focuses on developing networks and relationships with, and between, women in marginalised communities who have been affected by political conflict. It supports them, as community leaders, in addressing the barriers to their voices being heard and in gaining more equal access within the political decision-making arena.

This programme is an all-island initiative. It works with women’s groups from diverse communities within Northern Ireland and across Ireland North and South. It includes women from different generations, traditions, ethnicities, and those who have come from conflict zones elsewhere in the world.

Through providing safe spaces, facilitating dialogue, mediation and peer coaching, the Women’s Leadership programme builds networks and relationships between these women around common issues and interests and provides a forum for collaboration, shared learning, and support. The aim of these practices is to empower participants to become more confident and effective members of civil society, with a voice in both grassroots and high level consultative processes, and at the negotiation and decision making table.

“I raise up my voice – not so that I can shout, but so that those without a voice can be heard. We cannot all succeed when half of us are held back.”

The programme provides grassroots training and seminars that focus on conflict and the aftermath, and prejudice-reduction work.

Following an external evaluation of the Programme in 2018, the following activities have taken place:

Maintaining relationships and supporting the voice of past Women’s Programme participants, while at the same time reaching out to a diverse, new generation of women eager for an equal voice in decision making at all levels, Glencree hosted a Strategic Think-In. Representatives of women’s organisations from communities in Northern Ireland who are engaged in peace-building joined academics, educators, community workers and cross-border social policy analysts to share their views and insights on the issues impacting the daily lives of women and the communities they represent.  Learnings from the Think-In were subsequently integrated into shaping the future direction of the Women’s Leadership Programme

As an advocate of UN Resolution 1325, and a member of the National Women's Council of Ireland, Glencree’s Women’s Leadership team made a submission to the Department of Foreign Affairs & Trade public consultation on the Third National Action Plan. The submission drew on experiences of working with women in conflict and post conflict communities in Northern Ireland and internationally, and from those who are now in the asylum process living in Direct Provision having fled conflict zones

Women involved in peace-building and community development from North and South, including women from other conflict zones around the world now living in Ireland, met at Glencree for a facilitated dialogue event during which experiences were shared and the path to empowerment in the decision making process was examined.

The Women’s Leadership Programme hosted a women’s wellness event at Glencree to celebrate International Women’s Day; the team also participated in the “Politics Needs Women’ national conference of the Department of Justice & Equality; and, the “Healing the wounds after Brexit: Rebuilding relationships on the island of Ireland” conference of the Irish Association for Cultural, Economic and Social Relations Conference

This workshop was hosted for women leaders from diverse communities, North and South, representing a variety of women’s groups, refugees, asylum seekers, and from the LGBT community. Dr Heidi Reilly, Assistant Professor in International Relations, UCD, provided a gender lens on peace-building work and the intersection of gender, class, age, and race in the context of the UN Women, Peace and Security agenda. Facilitator, Petra Oorthuijs, coach/trainer and lecturer in Leadership and Innovation in Letterkenny LYIT, used a variety of creative methodologies including mime, movement and song, to enable participants to explore and experience their voice and embodied power. Participants spoke about their peacebuilding work and the communities they represented, and how they envisaged the application of UN Resolution 1325 across both jurisdictions in this context. The workshop developed skills which furthered a sense of empowerment, purpose, trust and solidarity within the group. A Closing Circle captured the essence of the residential, the learnings, the desire for further connections and collaborations in what was agreed is a crucial time politically and socially, for peacebuilding work on the island of Ireland, and for women in particular.

Engaging women from across the communities both north and south, this course adapted a fun and interactive approach to examining the principles, processes, essential skills and strategies involved in mediation. Facilitated by Catherine O’Connell of Blossom Development, it also introduced the five different styles and appropriate uses of conflict management. Participants took part in exercises and group work as they learned to develop their own conflict management and mediation skills.

Launched in September 2020, the Glencree All-Island Women’s Peacebuilding Network aims to support women impacted by political conflict to become actors in post-conflict peacebuilding and transformation on the island of Ireland or in their conflict affected countries of origin. The Network engages women leaders, across the generations, from cross-community backgrounds in Northern Ireland, cross-border rural regions and women with experience of political conflict/violence in their country of origin who are now living on the island of Ireland. For more information and to join the All-Island Women's Peacebuilding Network, click on this link

Glencree's Missing Peace project is an EU funded European Solidarity Corps initiative that supports young women in developing their leadership skills, actively engaging in policy conversations, and having their voices heard at decision-making tables. To find out more about our Missing Peace Project, click on this link. 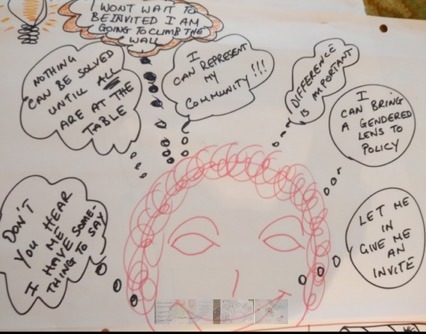 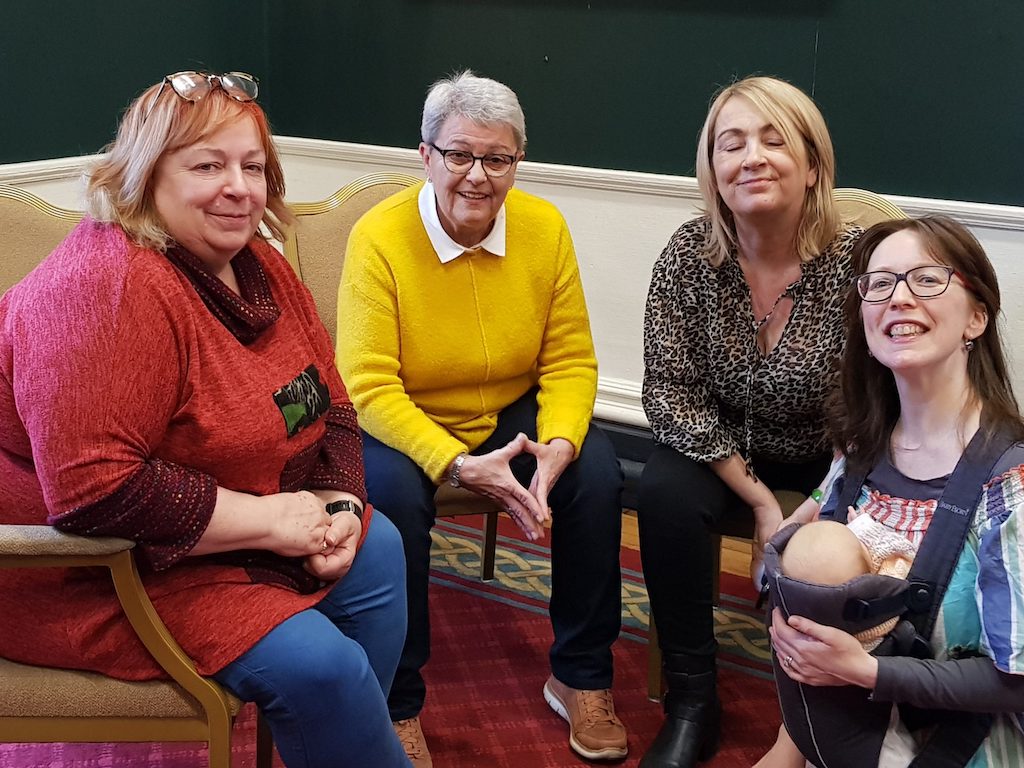 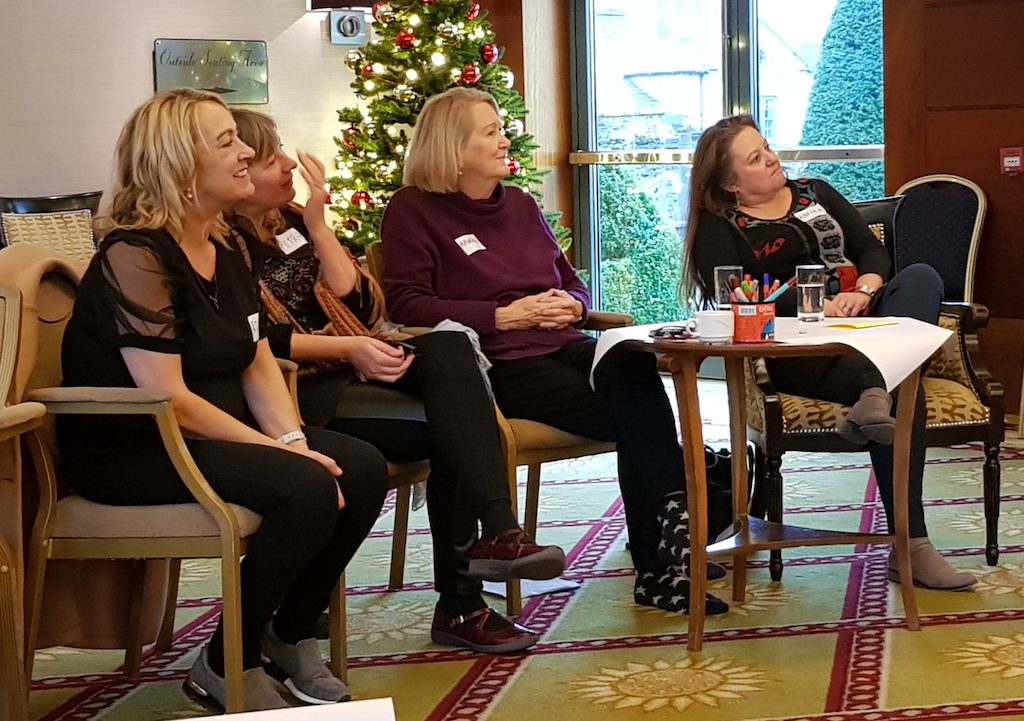 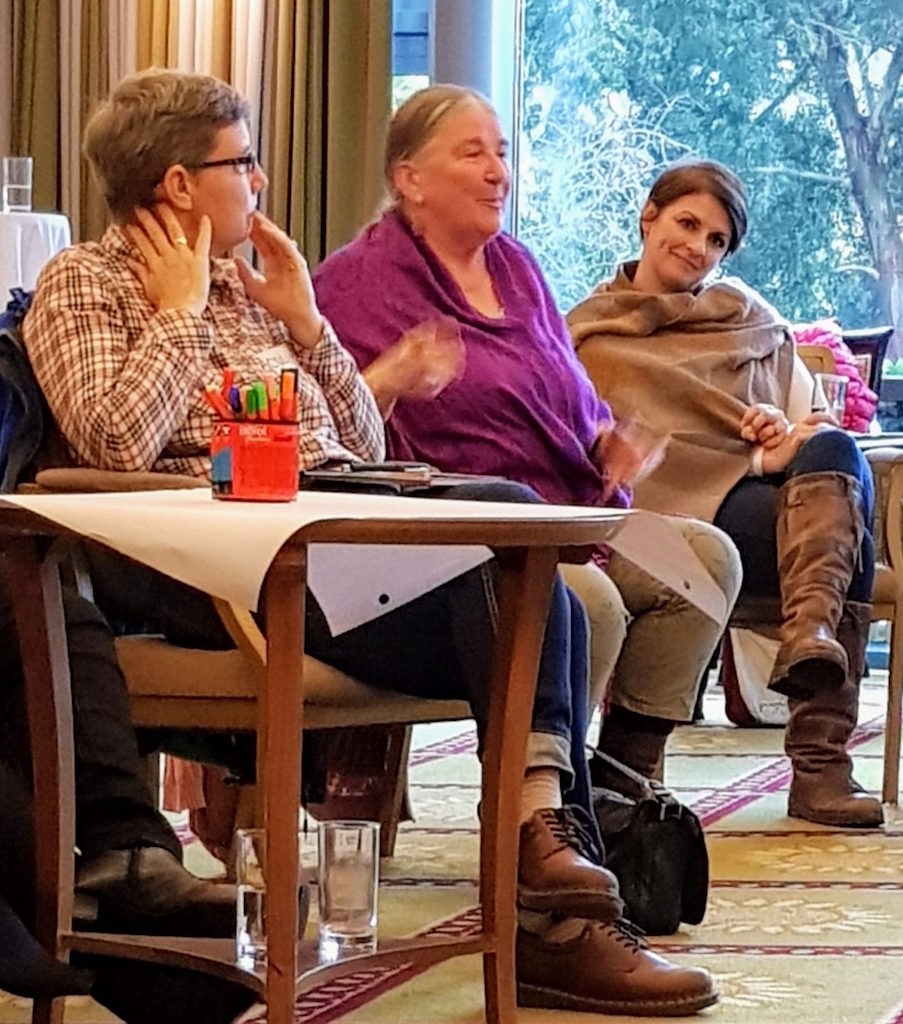 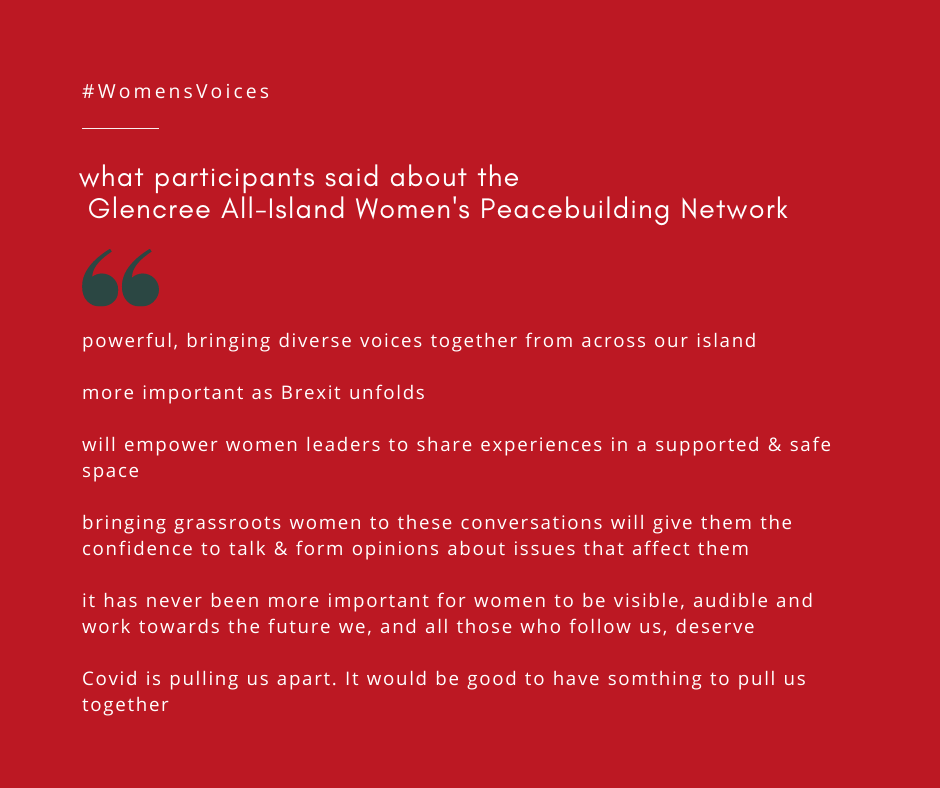 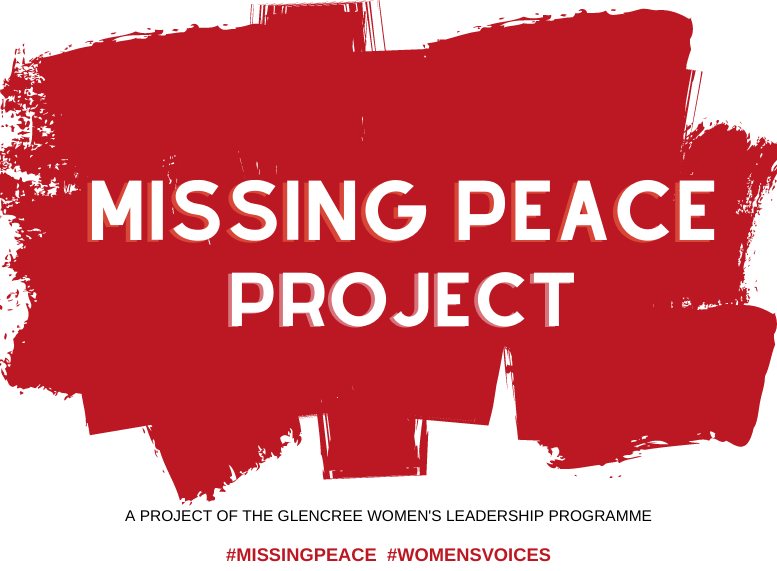 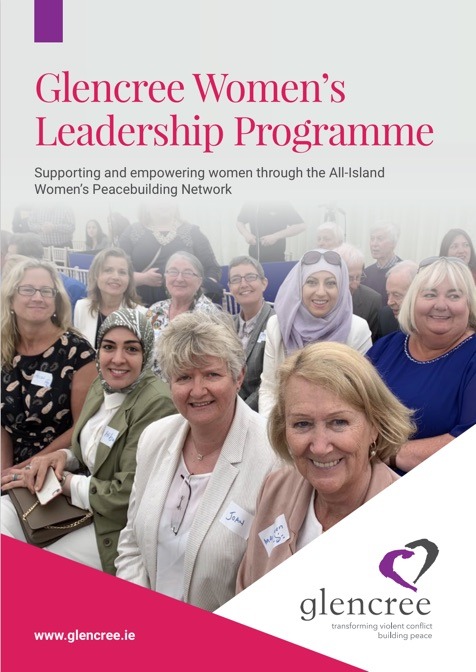 Supporting and empowering women who have experience of political conflict/violence in the political processes that support peacebuilding through the All-Island Women’s Peacebuilding Network (#AllislandWPN). 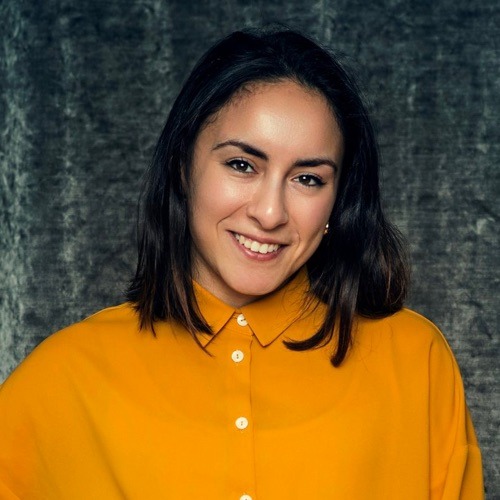 Amina joined as Programme Manager of the Women’s Leadership Programme in July 2021. She holds a BA in Neuroscience from Trinity College Dublin and is currently completing a PhD at Nottingham Trent University exploring the contentiousness of Muslim women's involvement in sport considering themes such as identity, belonging and anti-Muslim racism within the Irish context. Using sport as a non-formal learning tool to tackle numerous social issues such as racism, discrimination and gender inequality, she has worked with various organisations on a local, national and international level such as Swim Ireland, the GAA and FIFA Foundation to emphasis the need for cultural and religious considerations in the design of community development programmes. She is a Board Member of Sport Against Racism Ireland and has previously been the Project Coordinator of their Hijabs and Hat-Tricks programme encouraging Muslim women to play football after the lifting of FIFA's hijab ban in 2014. In 2018, Amina was selected as one of 10 Michael Johnson Young Leaders from around the world for her contribution to community development and in 2019, she acted as an Ambassador Coach for Ireland encouraging female leadership, gender equality and the sustainable development goals through the medium of sport and brought the Irish women's team to the Final in the Global Goals World Cup in Copenhagen. Amina has also acted as the Project Lead for a variety of EU-funded programmes that engaged young people, youth workers and trainers from various backgrounds across Europe in Youth Mobility, Leadership Development, Education and Training, and Capacity Building. #womensvoices #glencree4peace 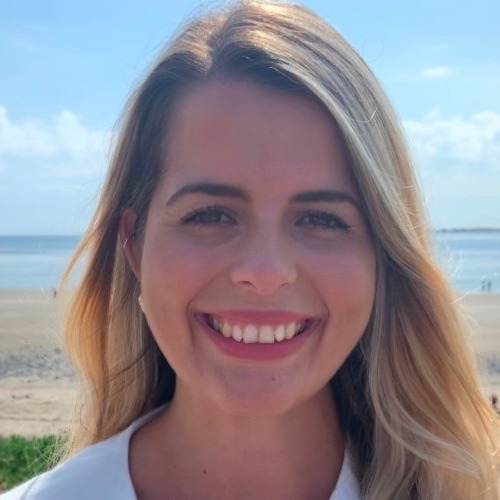 Holly joined the team in July 2021 as Network Animator within the Women’s Leadership Programme. She brings to the team her extensive knowledge and experience in peacebuilding and reconciliation efforts. Prior to joining Glencree, Holly worked in the Commission for Victims and Survivors in Belfast for two years. Additionally, she worked as a Research Assistant in Evangelical Alliance and for over six years was involved within youth and community-based work, both locally and internationally. Holly has significant involvement in charity organisations, which is demonstrated through her position as a board Director. She has an MA in Conflict Transformation and Social Justice from Queens University Belfast, in which her dissertation focused on women’s experience of conflict. She also holds a BA in History and International Studies from Queens University Belfast. #womensvoices #glencree4peace

View more of our programmes and international work